The thing with Tarot Cards, The Tarot, is that so often people bounce off it due to fear and ignorance. Give it half a chance, however, and something else may be found within.

For what it’s worth, those who are enlightened will certainly agree the perceived mystique of The Tarot has little to do with dark occult practice, and is more akin to stage magic. Misdirection and illusion wrapped around arcane knowledge one may truly find reflected in extant academic knowledge bases. Seemingly magical, perhaps, but in the final analysis there is no magic. Merely tricks of mind offering no more in terms of “magic” than flash-cards designed to teach a child to read. A formalised mechanism, albeit laissez-faire and non-deterministic, by which one may grow; unlocking personal, social, and universal truths in the process. A way to foster develop self-insight, self-awareness, self-discovery, and self-realization, leading finally to self-actualization. Quantum mnemonics wrapped in the poetry of an artists soul, a thing to be claimed for your own as you grow in insight and awareness.

Within the tradition of The Tarot, The Fool’s Journey is an allegory that relates to what is essentially the semiotics of self. Abstract, and somewhat esoteric perhaps, knowledge and learning woven from the stuff memes are made of. A received wisdom relating the pathway of the one into the worlds of the many. It’s a story that leads to discovery and enlightenment. A story folded into itself, self-supporting, self-contained.

The Fool’s Journey is quite simple to grasp, yet it can take a lifetime to master the inherent wisdom contained within. Simply put The Fool, the hero/protagonist of The Tarot, walks a path which visits each of the trump cards. At each turn The Fool learns a thing and continues.

The journey starts with The Magician. Noble, proud, confident, skilled; a powerful magus with the infinite as a halo floating above their head. Upon The Magician’s table are the tools of his trade, The Wand, The Sword, The Cup, and The Pentacle; the classical elements of antiquity. Of course modern science tells us there are one hundred and eighteen elements that make up the periodic table, but look beyond matter and contemplate the intangible realities of the human psyche. It is here the tools of The Magician truly manifest their infinite power.

In order to expand an understanding of the wisdom of The Magician it’s probably best to relate The Tarot to a story you probably already know: The Wonderful Wizard of Oz and the story of Dorothy Martha Gale of Smallville, Kansas.

Consider The Fool. Pack on her back (her worldly possessions), dog at her heels (her worldly concerns), and the rose of innocence in her hand (“she’s only got four thorns,” said the Little Prince.) Now consider Dorothy as she steps forth upon The Yellow Brick Road with Toto beside her. Contemplate who it is she meets on the road, and how that may be said to relate to your Self…

First is The Scarecrow, he lacks a brain and desires above all else to have one. Reflected through The Tarot one sees The Sword of The Magician. SWORDS: Air, pure mind, the thought and the intellect; the conceptual self.

The second character Dorothy meets is The Cowardly Lion, he desires courage and to be brave. Through The Tarot, again, one sees a tool of The Magician, in this case The Cup. CUPS: Water, the heart, emotion; the feeling, nurturing, self.

The third character Dorothy encounters is The Tin Man, he is rooted in the tangible world (he rusts) and what he lacks is (to him) a tangible thing. Reflecting through The Tarot once more one is drawn to The Pentacle. PENTACLES: coins, diamonds, tangible stuff, matter; the physical self.

Finally Dorothy finds her way to The Emerald City and meets Oz, the Great and Terrible. Here she learns the final lesson of The Magician. WANDS: Fire, pure spirit, vitality and passion, energy, will; the spiritual self.

“Your wand?” announced The Great Oz, “Your wand was in your hand when you arrived in Oz, my daughter. Don’t let anyone ever tell you otherwise. Or ever take it off you…”

The story of Dorothy is long and there are many nuances layered across her adventures in Oz, similarly there are many ways to unlock its magic. Many more words can be spoken with regards to the depths of meaning that can be drawn from Oz. Similarly much more can be gleaned from The Tarot, but that is, I suppose, best left as an exercise for the reader…

Upon the yellow brick road, Dorothy encounters the representational aspects of her inner psyche. The classical Elements reflected through the story of her life… A journey of discovery and enlightenment. One can learn much reflected in the world around us, in the stories we tell, we simply need to learn how to read and interpret them; discovering our own inner Dorothy, The Fool within. And in our that journey of discovery and enlightenment we can discover how we all have the power manifest our will and to heal ourselves.

After The Magician, The next archetype The Fool meets is The High Priestess – the guardian of the subconscious – who represents wisdom, serenity, knowledge and understanding. The High Priestess also poses a challenge: to go deeper – to look beyond the obvious, beyond the surface situation, to unlock what is hidden and obscure.

At this point it’s probably best to point you in the direction of the book I found most useful when formulating a fixed understanding of the received wisdom of The Tarot. If The Fool wishes to continue the journey it’s a good place to start. From my perspective the rest is Neo-Jungian Psychology. For that there’s Google.

And Oz, the Great and Terrible? Surely nothing but a trickster, a charlatan, a mountebank. Quite possibly The King of Wands (but therein lies another story.) 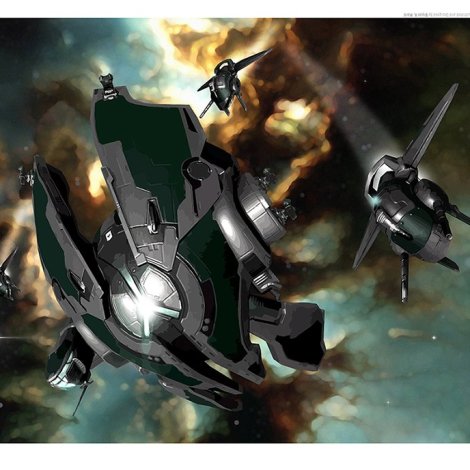 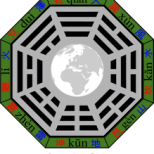 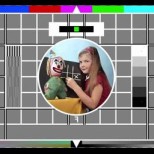 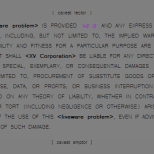 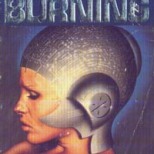 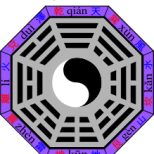 ​​That which is may or may not be true. I reserve the right to be wrong.  The management accept no responsibility for changes in executive function caused by improper use.  Use at your own risk. My opinion is mine. I share with you without encumbrance or impediment. Credit where credit is due. Use as you see fit.

FNORD:
For No Other Reason Discord